Commonly seen on consumer products such as microwaves and washing machines, through to large scale industrial machinery, graphic overlays are the first thing your customers or end users will see when interacting with your product. As such, they are a great opportunity for branding and communicating instructional messages.

Because graphic overlays are the decorative or functional interface between the user and your equipment, they need to convey a message of quality. Their construction and printing should be considered as carefully as the underlying equipment.

Graphic overlays are generally made using either polycarbonate (Lexan®) or hard-coated polyester (PET) film, which is reverse printed, so the image won’t scratch or wear. The top surface of the film can also be textured to reduce glare, improve resistance to light scratching, and minimise fingerprint marks.

Material selection is an important aspect of a graphic overlay and we have the experience and technical know-how to help you decide on the best material for your application – just ask us.

Not all screen printable films are created equal and the apparent cost-saving offered by inferior products might have a detrimental impact on the life span of the graphic overlay. That’s why we only ever source the highest quality materials from reputable brands that can back up their product performance with facts – because the standard and durability of the material used for construction is just as important as the appearance itself.

To add raised or embossed features to a graphic overlay, we press the film in a specially formed embossing block. We take special care when selecting the film as any stresses that occur during embossing and subsequent use can cause hardening and cracking around the embossed features. Localised cracking around embossed elements can be an entry point for moisture and dirt, which may adversely affect the IP rating of the equipment.

Through careful material selection, our embossed graphic overlays can withstand such stresses and will retain functional and visual integrity for a very long time. We use hard-coated PET films that are tested and will exceed over 1,000,000 button pushes.

Graphic overlays are generally produced using textured films as they provide better resistance to wear. This textured film can be detrimental when viewing an LCD or LED screen through the overlay. We can produce graphic overlays and panels that have selectively-placed clear windows, which allow customers to see the underlying display without compromising on surface protection or affecting the IP rating of the equipment.

Graphic overlays are generally affixed to equipment using acrylic adhesives. However, sometimes a designer does not need the entire overlay to be covered with adhesive; it may be desirable for features such as buttons or screens to be adhesive-free. In such situations, we can produce graphic overlays where adhesive is only placed where it’s needed.

The longevity of graphic overlays is affected by the quality of the adhesive used. External factors like temperature range, UV and chemical exposure, and bond strength can all affect the efficacy of an adhesive. So to ensure we’re producing graphic overlays that can endure harsh variable conditions, we only use adhesives sourced from leading international manufacturers, such as 3M and Nitto. 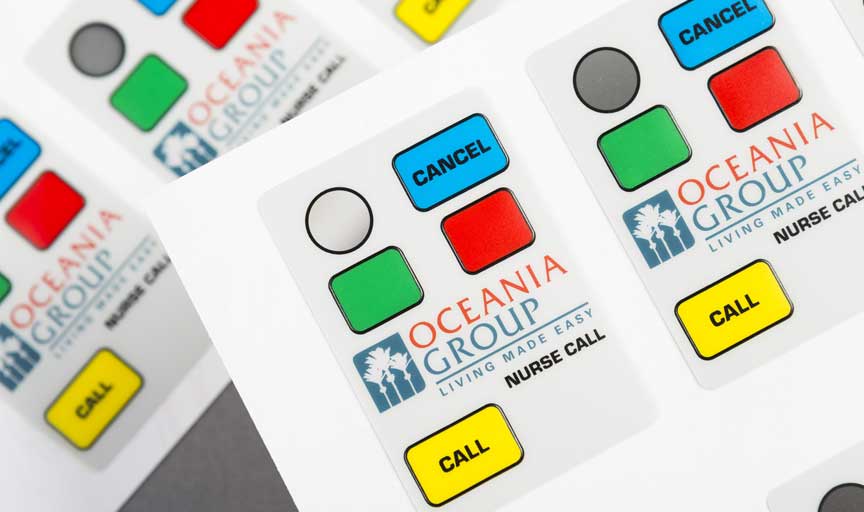 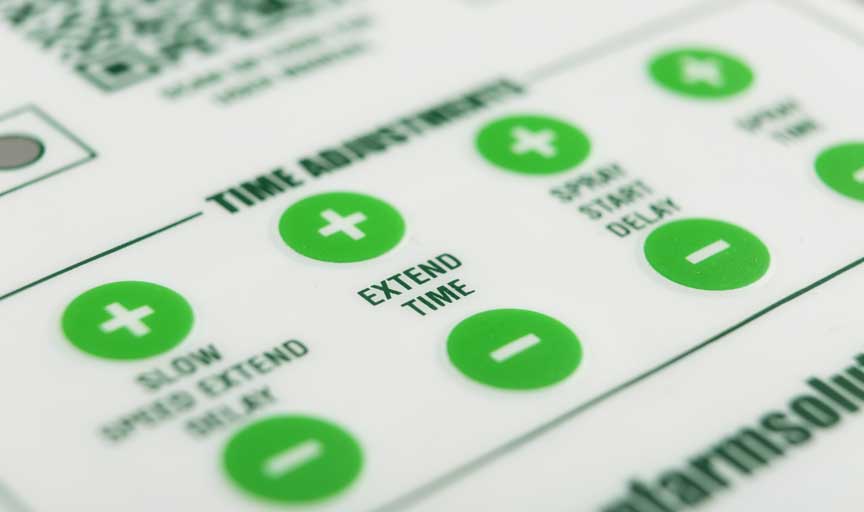 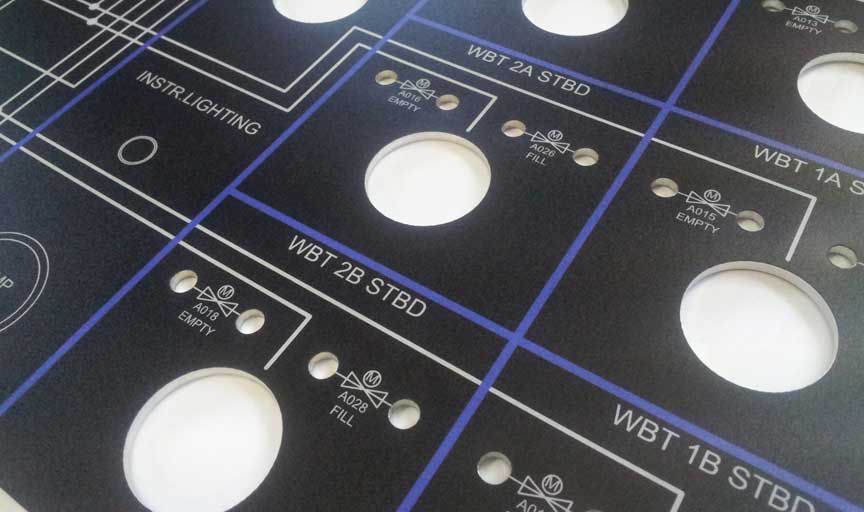